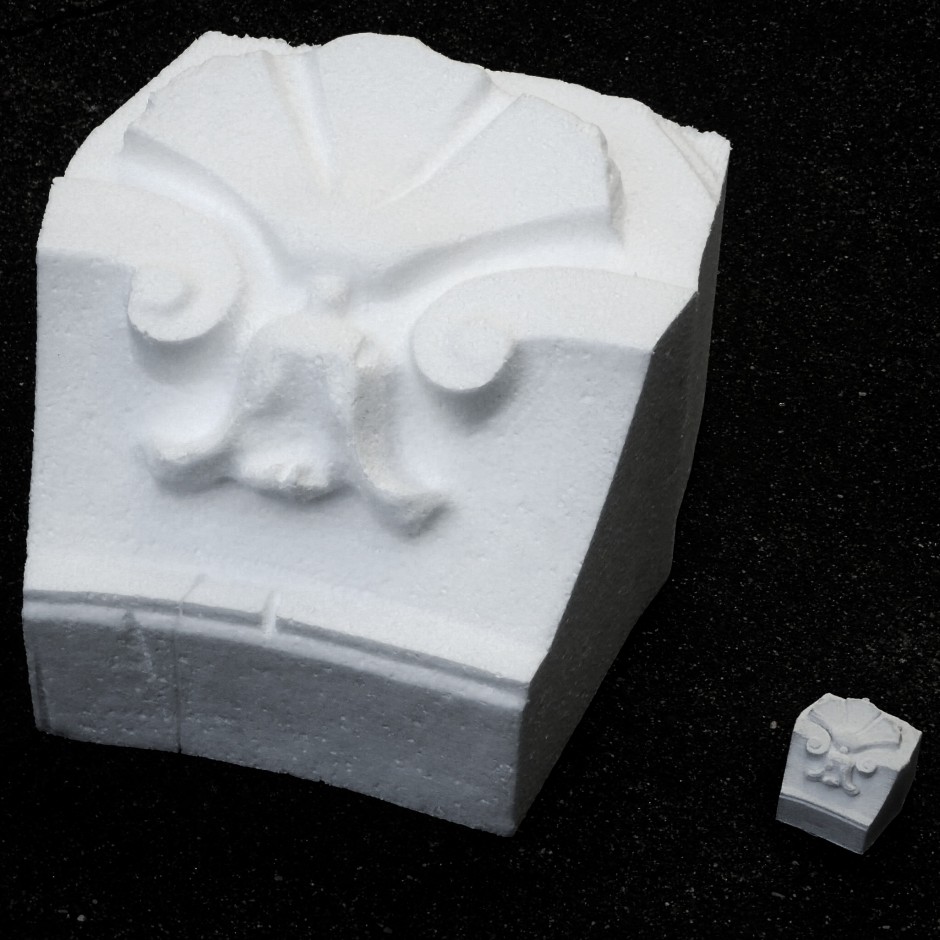 The Nasoni Keystone experiment investigated the application of robotic fabrication in heritage intervention with a focus in stone architecture. Nicolau Nasoni was a 18th century Italian architect and a leading figure of the baroque architecture in Portugal.  One of his works was the Episcopal Palace in Porto, whose main door has a granite arch crowned with a decorative keystone. Due to its intricate ornamental motifs, this piece was selected to test the use of a multi-axis milling process with the robot.

The work started by scanning the keystone through photogrammetry. A series of 24 photos was shot and used to create a 3D point cloud with the Agisoft Photoscan software. This data was converted into a mesh and then refined in Blender. The resulting 3D model became the base to generate a set of tool paths in Rhinoceros and Grasshopper. The programming instructed the spindle to move normal to the tool path curves with a weighted smoothing to avoid collisions between the tool and the stock fabricated piece. After completing the milling process, the piece was placed on top of a pedestal to cut its perimeter vertically with a hotwire tool mounted on the robot. For practical reasons, EPS was used as the raw material instead of real stone. However, the two fabricated processes (i.e. milling and hotwire cutting) are analogous to those that can be employed in stone fabrication.

The Nasoni Keystone experiment demonstrated the digital flow of information from the analysis of existing designs to their ultimate materialization. In heritage preservation this can be significant on various levels, for example, to allow the reproduction and replacement of old building components. In this process, the robot proved to be a flexible and precise machine for the fabrication of intricate decorative geometries that can be found in historical stone architecture. 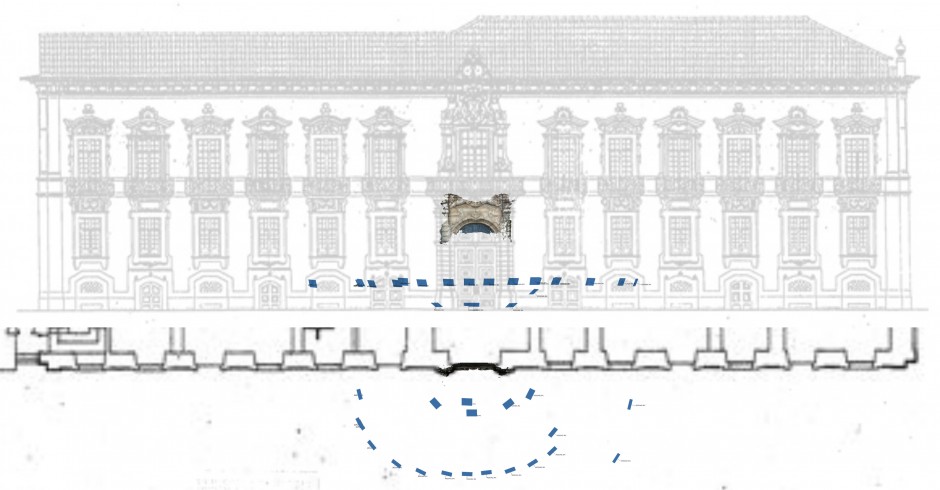 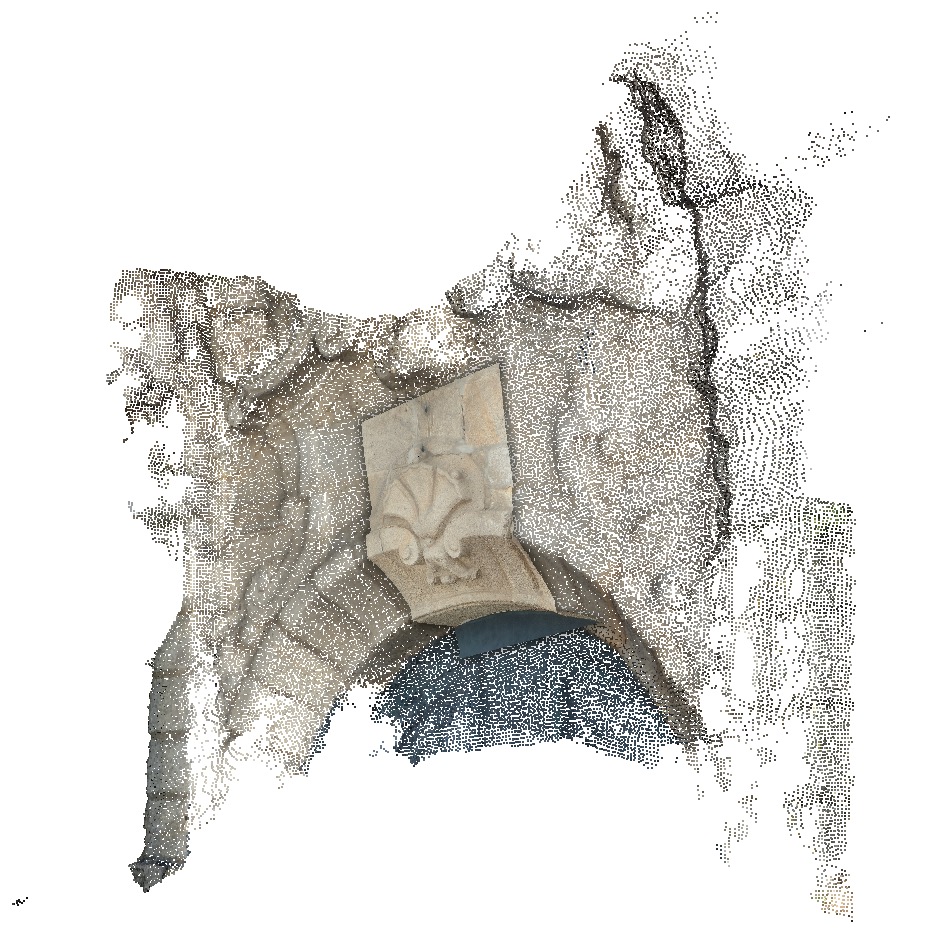 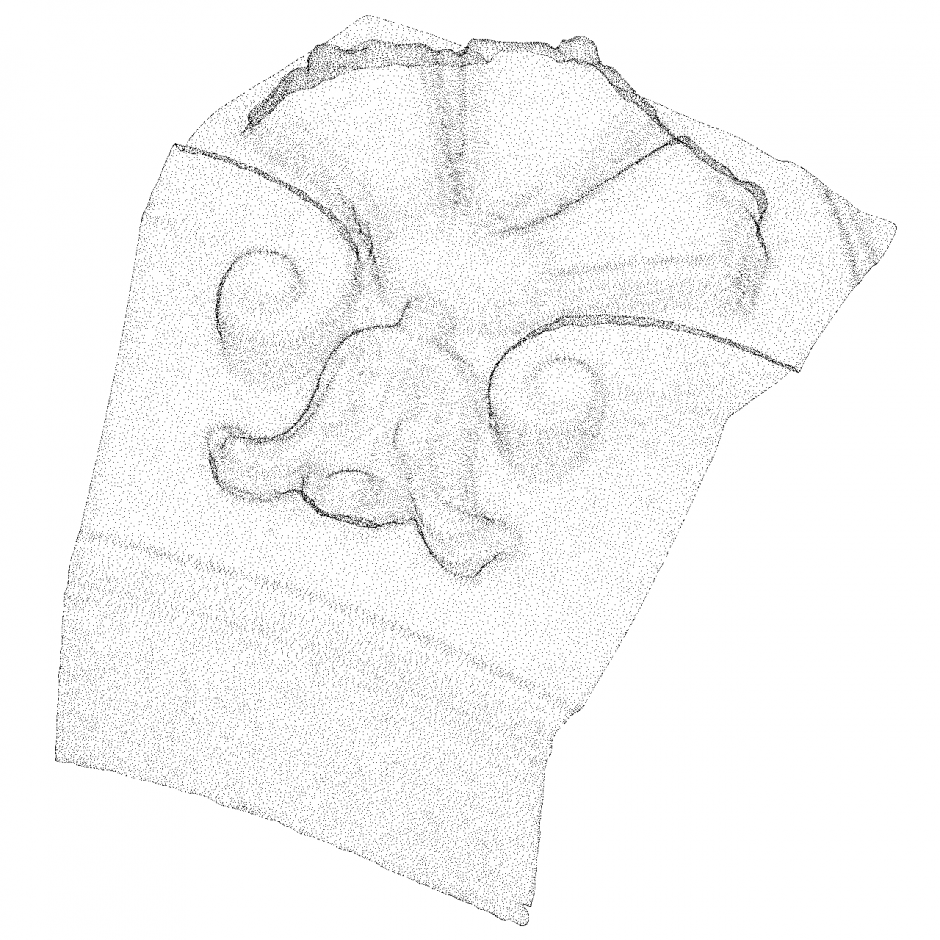 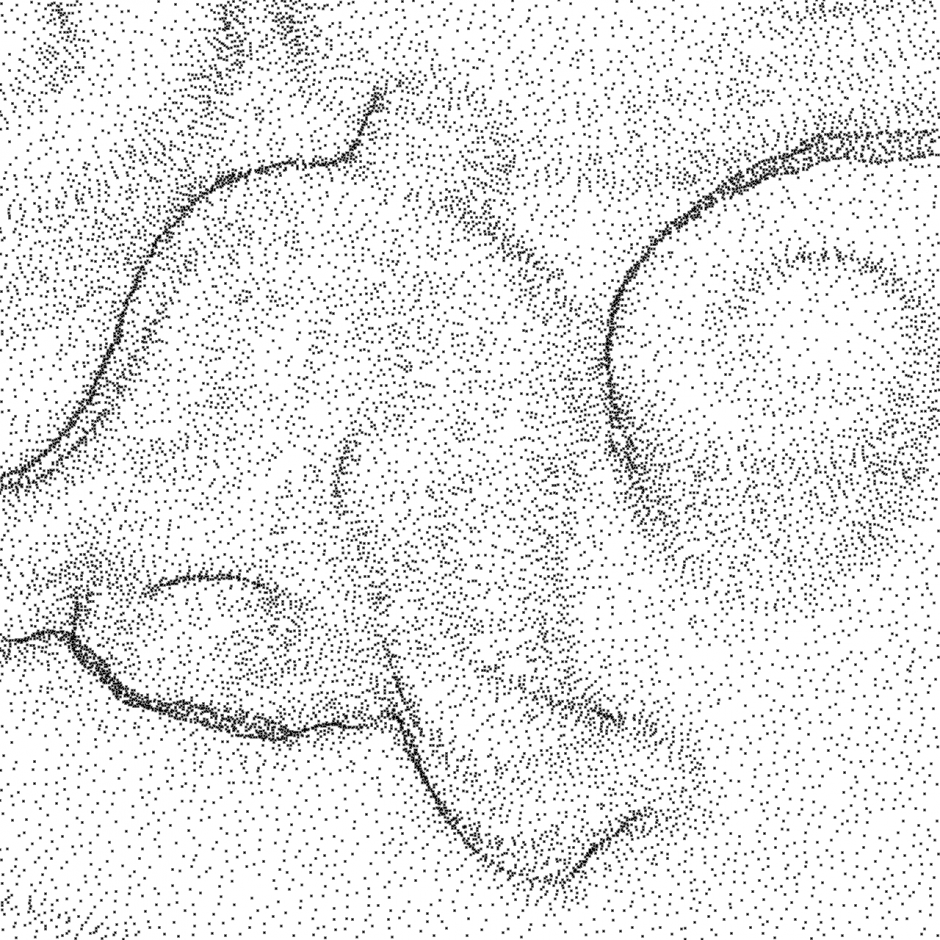 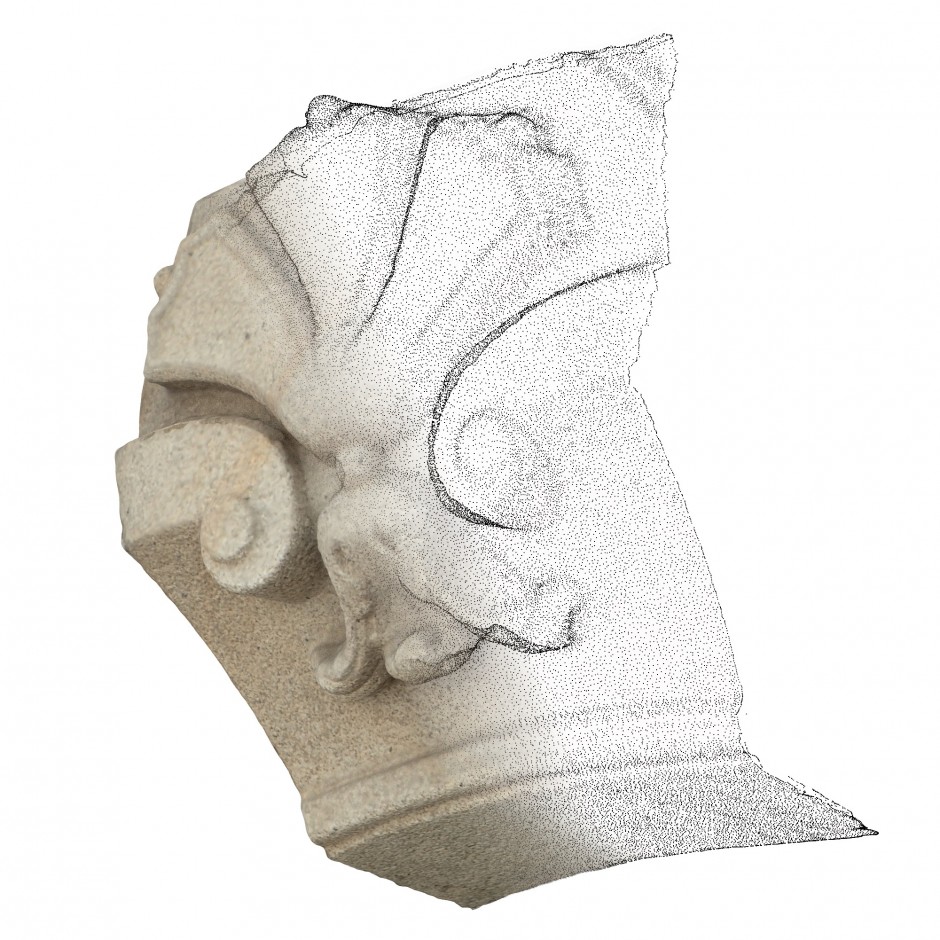 Making a 1/10 scale model allows for easier analysis of problems regarding the 3D model, and more accurately plan the final scale fabrication process.

A closed mesh was created in Blender so that it could be interpreted by the 3D printer (Makerbot Replicator 2X) software. It was finally printed in ABS plastic. 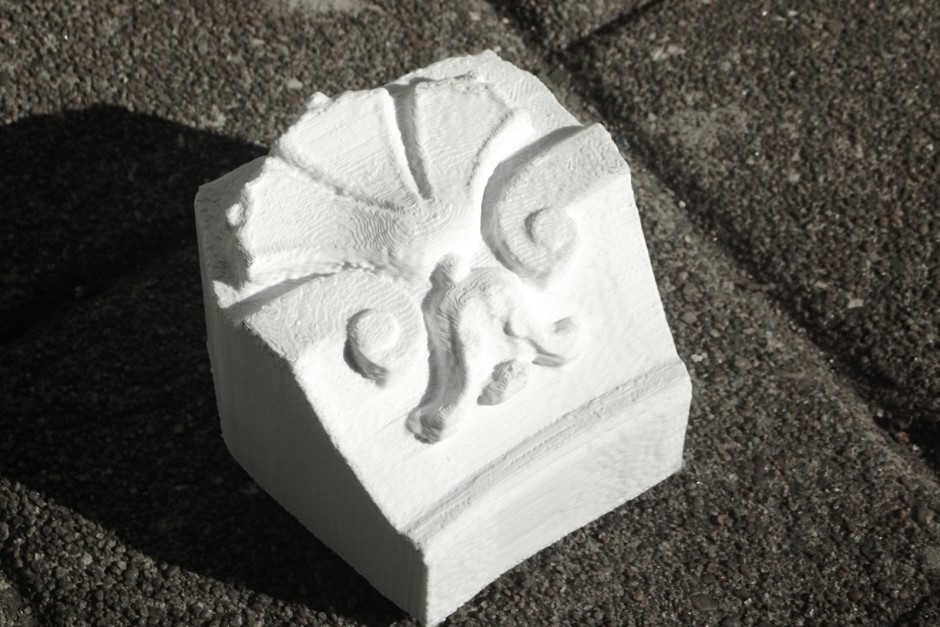 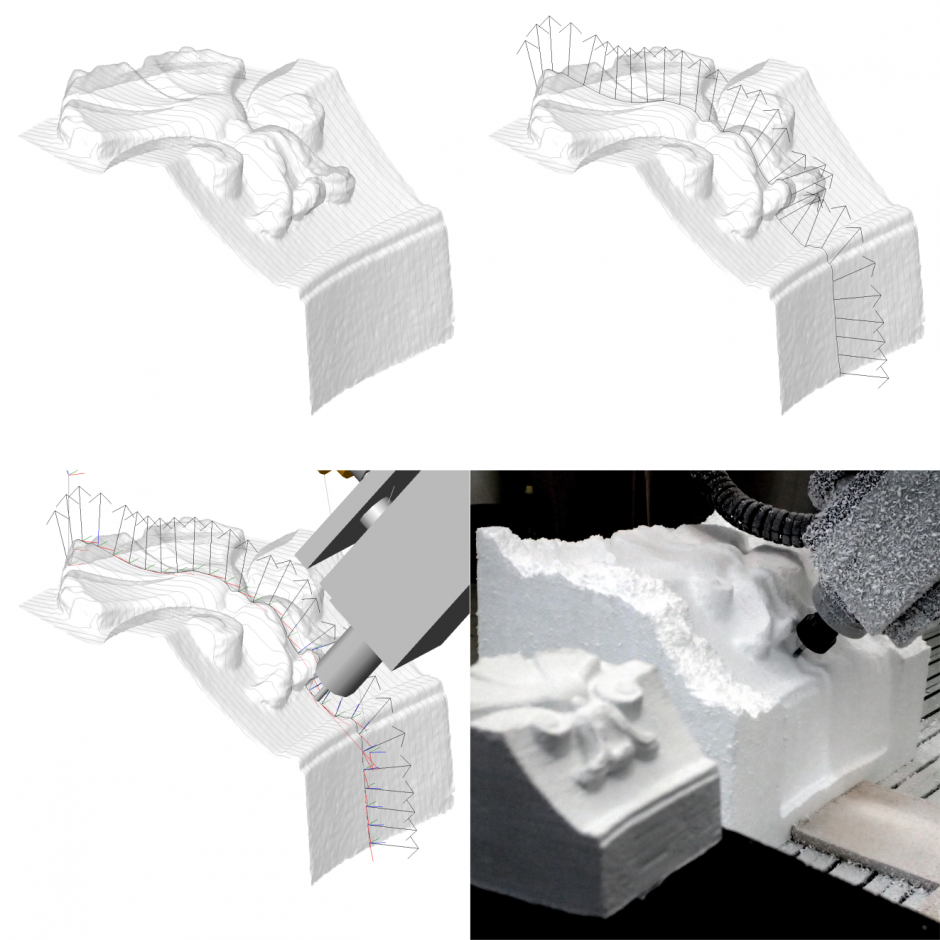 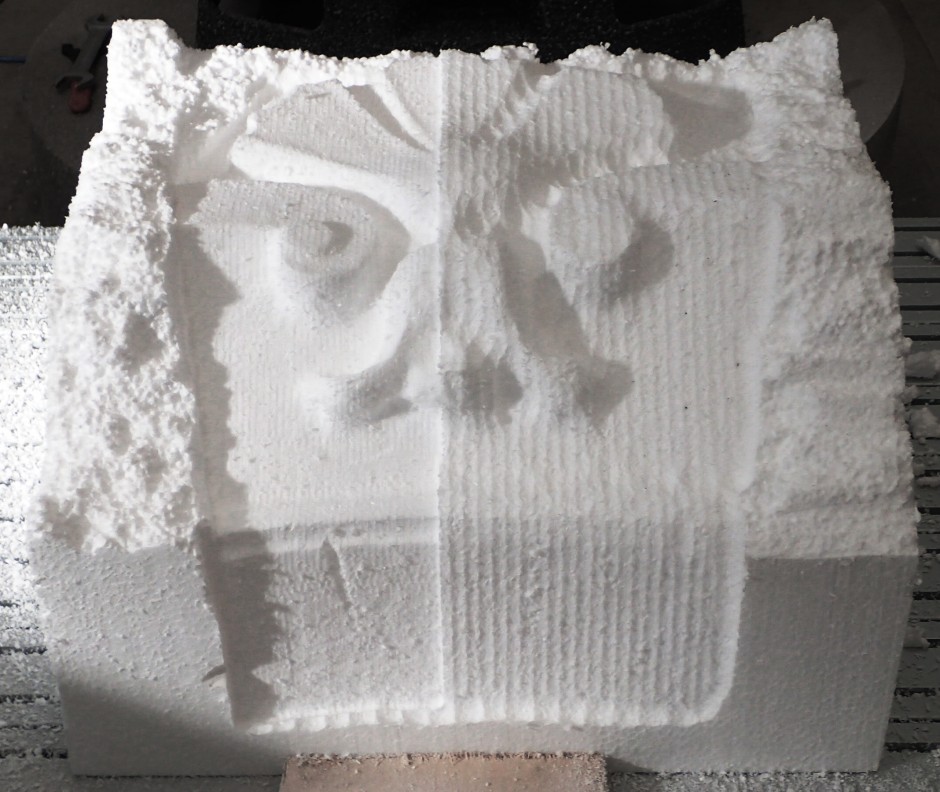 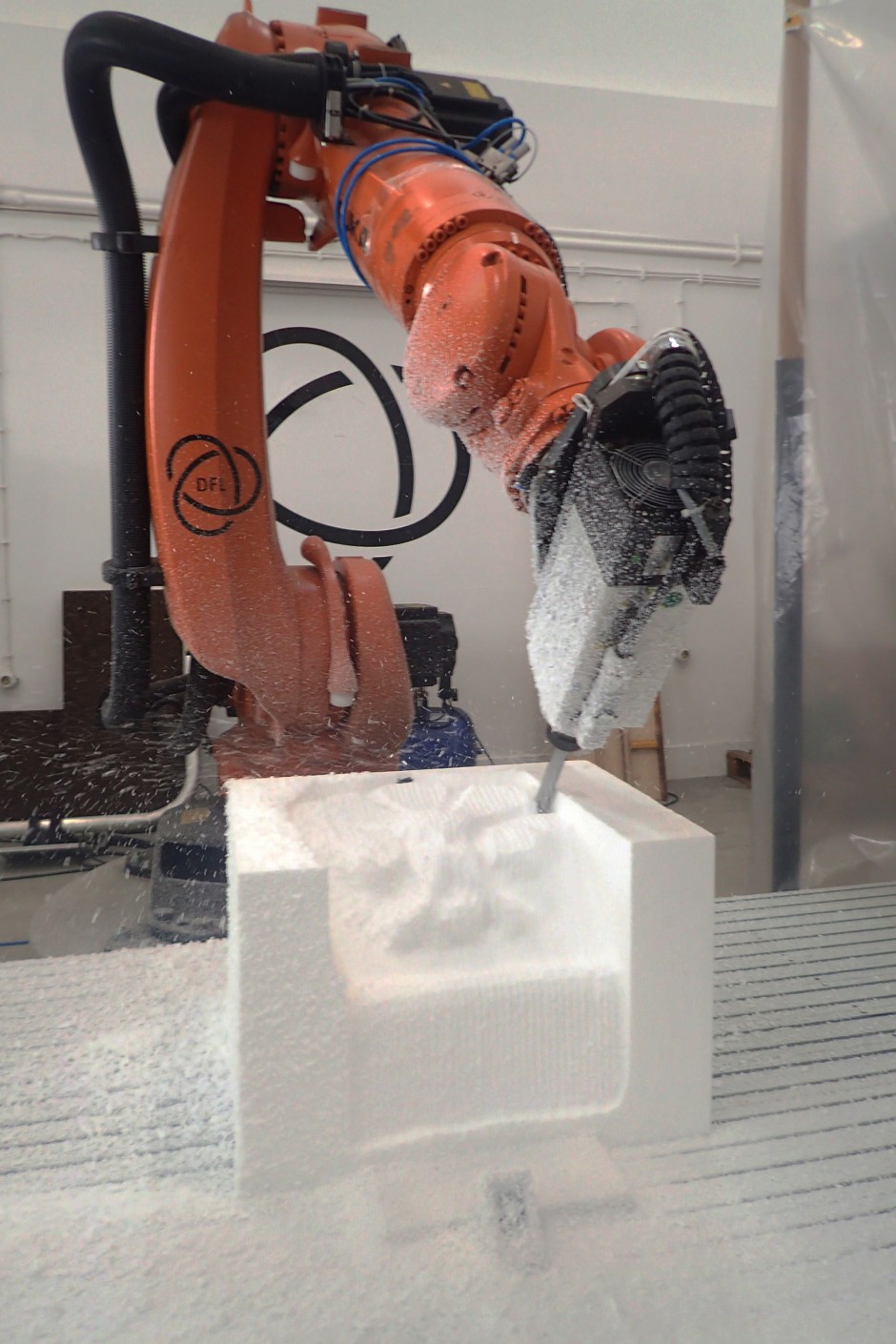 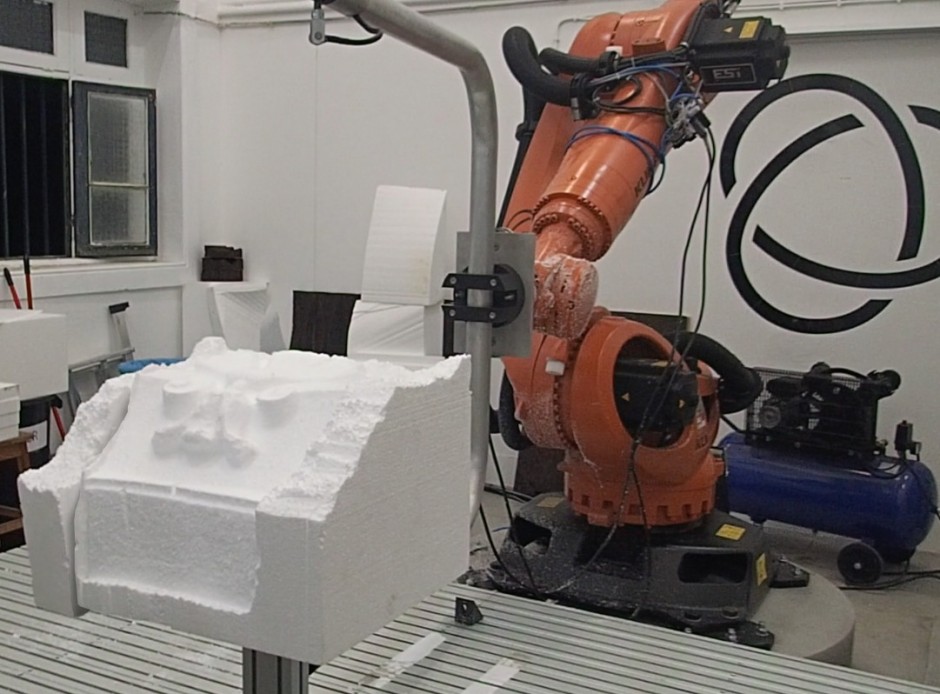 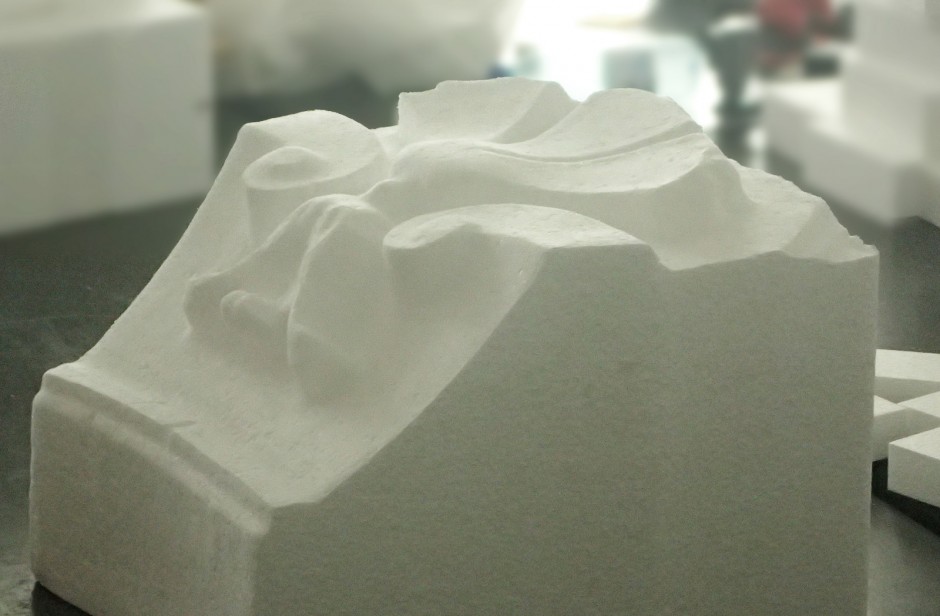