The DFL associated to the third part of the “Cork Workshop: New Uses” promoted by the FA-ULisbon. Being dedicated to the exploration of new production technologies, the DFL hosted the visit of a group of students that traveled from Lisbon to know about the use of robotic fabrication technologies.

Initially, DFL director Jose Pedro Sousa gave a tour in the laboratory and explained the research developed by the DFL with the industrial robot. After a lunch in the city center of Porto, DFL researcher Nohelia Gonzalez gave an introduction on the digital design and fabrication environments used in the conception and production of robotically fabricated elements.

Inspired by Thomas Jefferson’s Serpentine Wall, DFL Visiting Scholar Teddy Slowik modelled an undulated brick wall that was then robotically assembled. During the process, the participants could try commanding the robot by themselves. This experiment demonstrated the possibility of using standard cork bricks to produce non-standard wall parts. 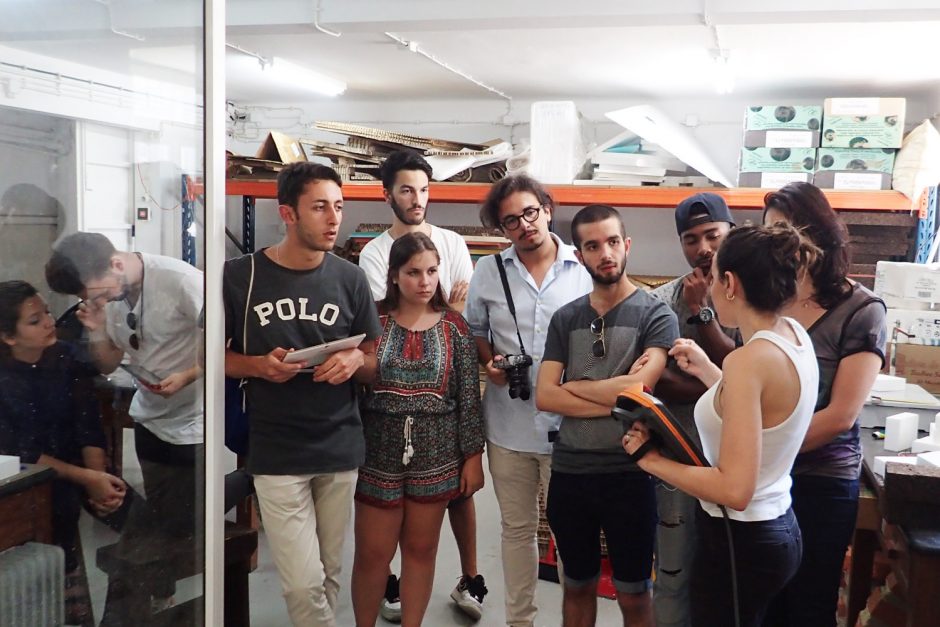 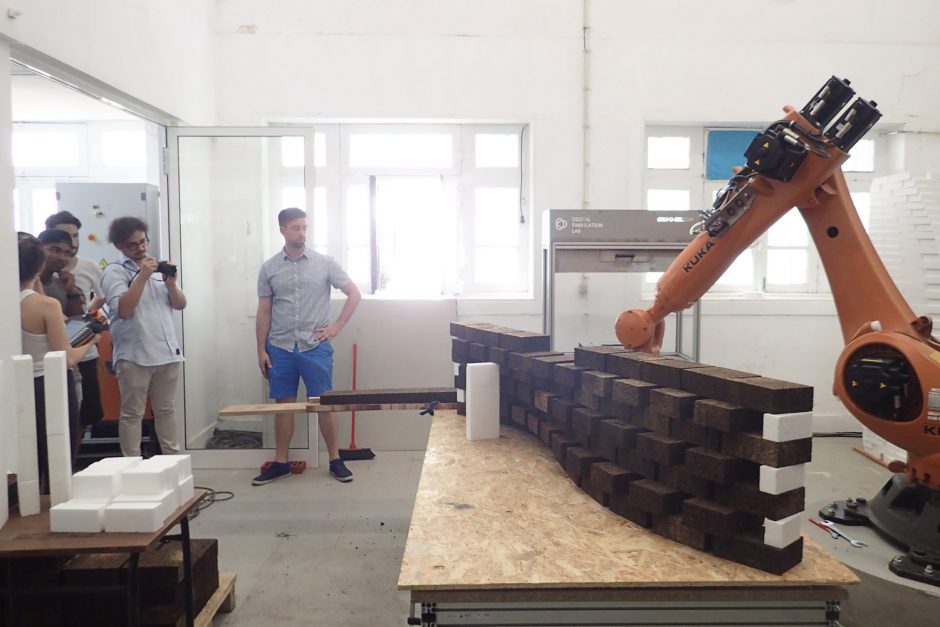 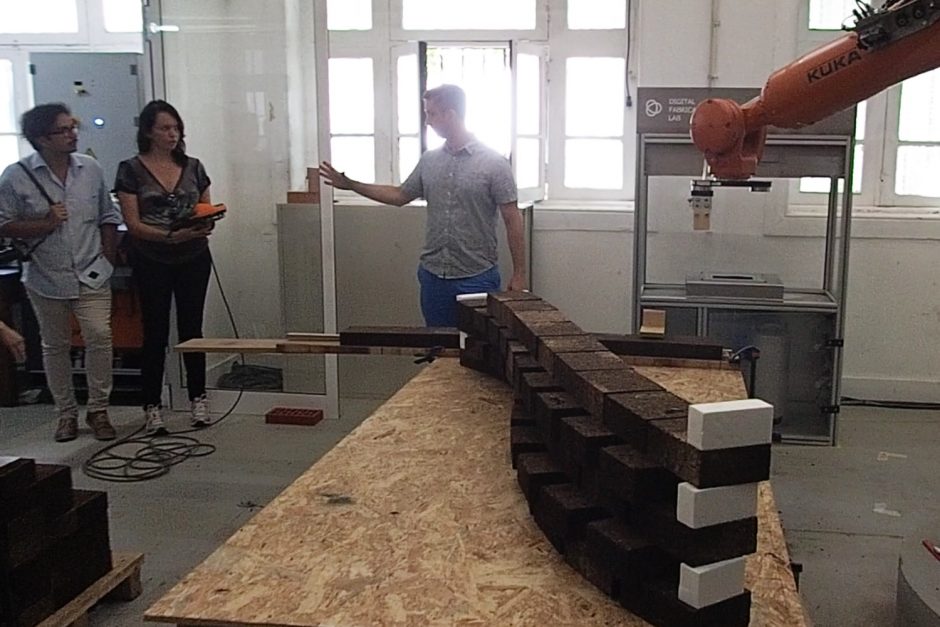 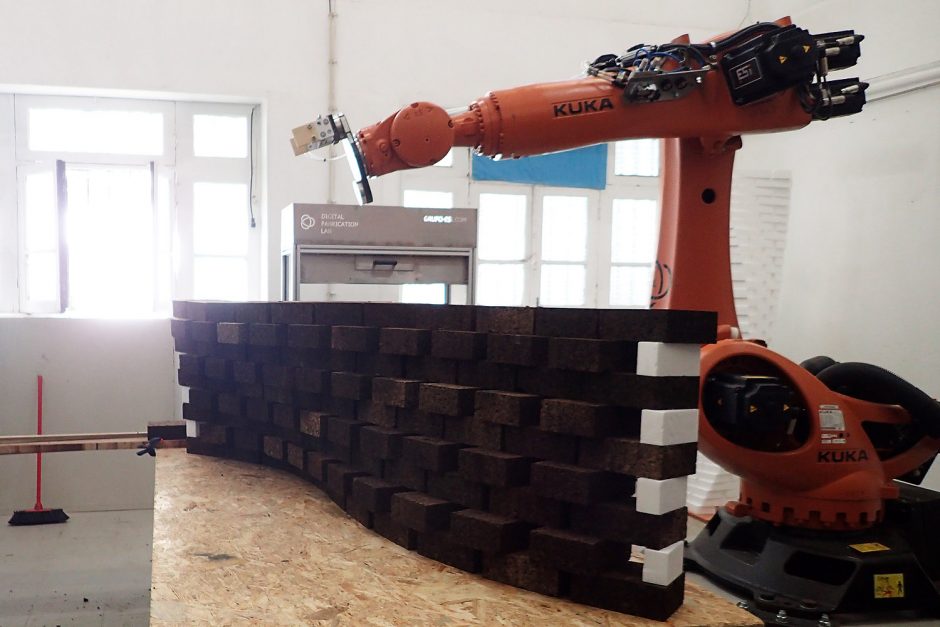 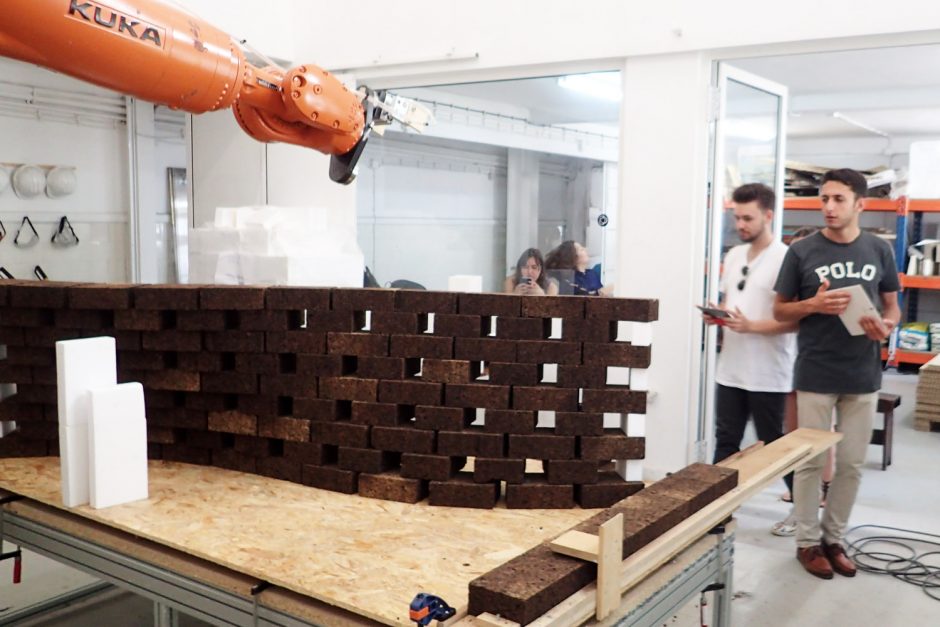