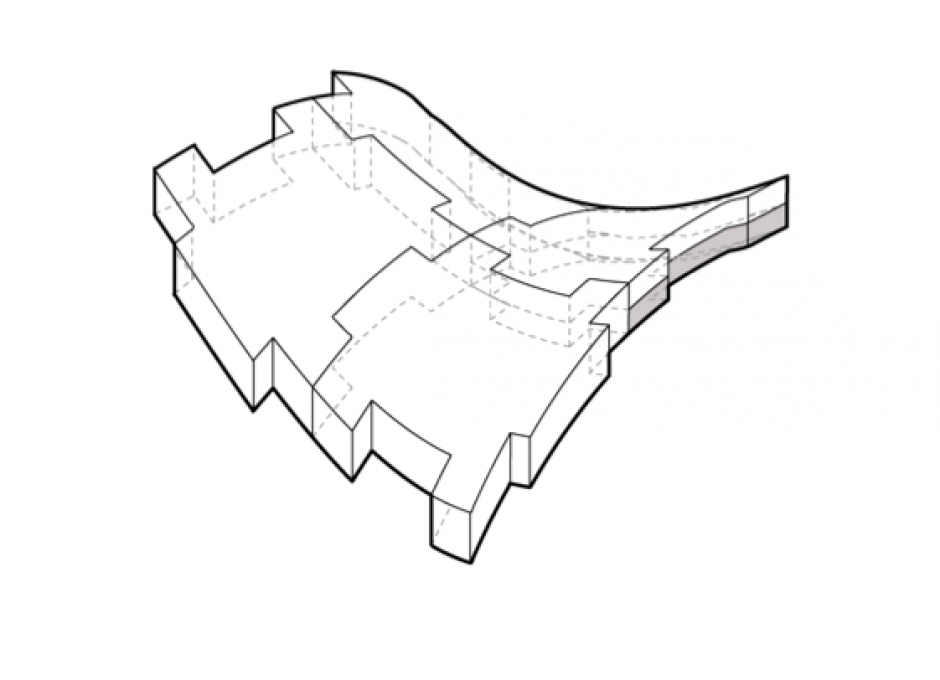 The Ruled Concrete experiment investigated the potential of using robotic hotwire cutting (RHWC) in the production of customized concrete formwork in a prefabrication context. For this purpose, a custom-made hotwire tool was produced and mounted on the robotic arm. Within its formal limitations to ruled surface geometries, the RHWC process is faster than CNC milling and produces a better surface finishing.

The concept for the Ruled Concrete test was based on the design of precast panels for mechanically stabilized earth. By projecting a set of standard contours onto a ruled surface, their identical flat shapes became differentiated and curved. With this arrangement, three panels were used to explore specific features regarding the RHWC process and the material possibilities: smooth surface finishing in Panel 1, undulating textures in Panel 2, and variable material composition in Panel 3. In all these works, the challenge resided in programming a sequence of RHWC operations to produce different layers of EPS surfaces and frames that comprised the molds for concrete casting. A series of initial tests was conducted to find the most appropriate balance between the diameter, temperature and speed of the wire, and the finished quality of the EPS surface. After an initial setup and positioning time, RHWC revealed to be a fast process when compared to CNC milling. The EPS molds were poured with a special mix of concrete and fibers at the Faculty of Engineering of the University of Porto (FEUP). For the variable composition panel, different colored concrete mixes were poured in the mold in two separate phases with a 24-hour curing period between them.

The finished precast panels not only achieved the proposed design goals but also revealed the precision of the RHWC process. This experiment also demonstrated the possibility of fabricating customized expressive textures and controlled variable material composition in concrete components, all without increased costs or time. These possibilities open the door for the creative and industrial exploration of concrete using RHWC. 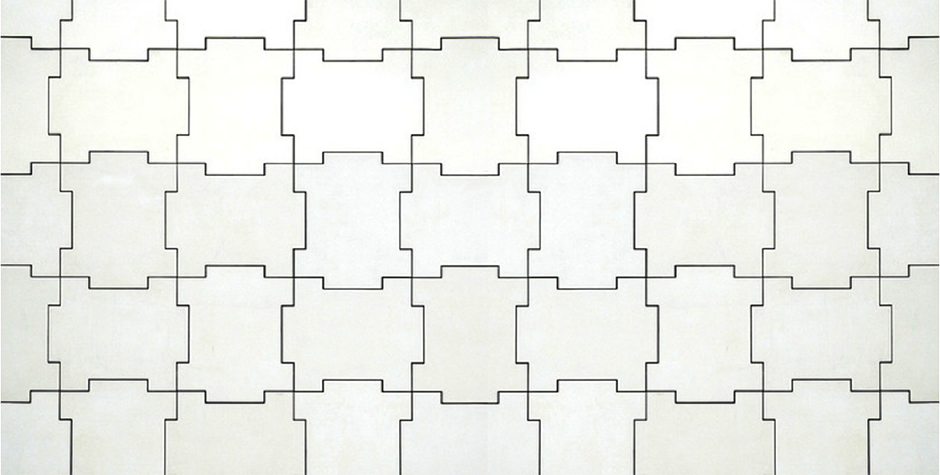 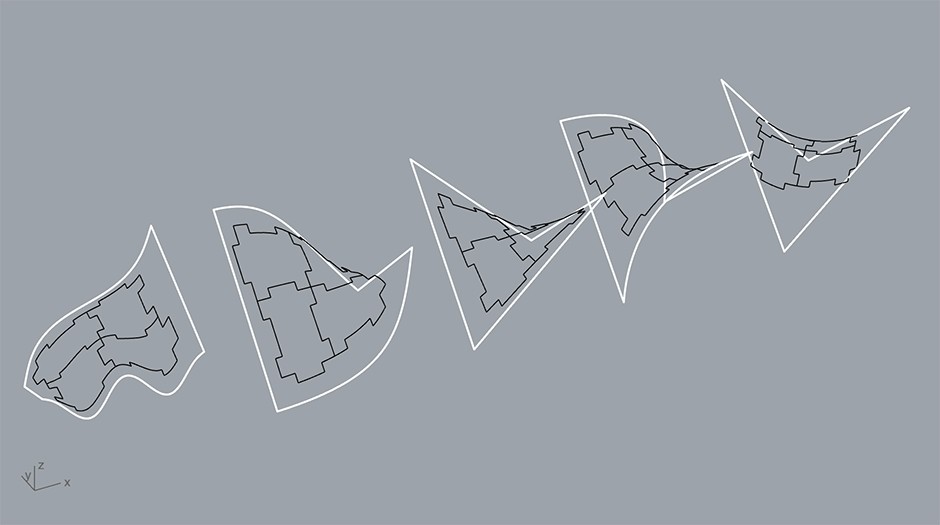 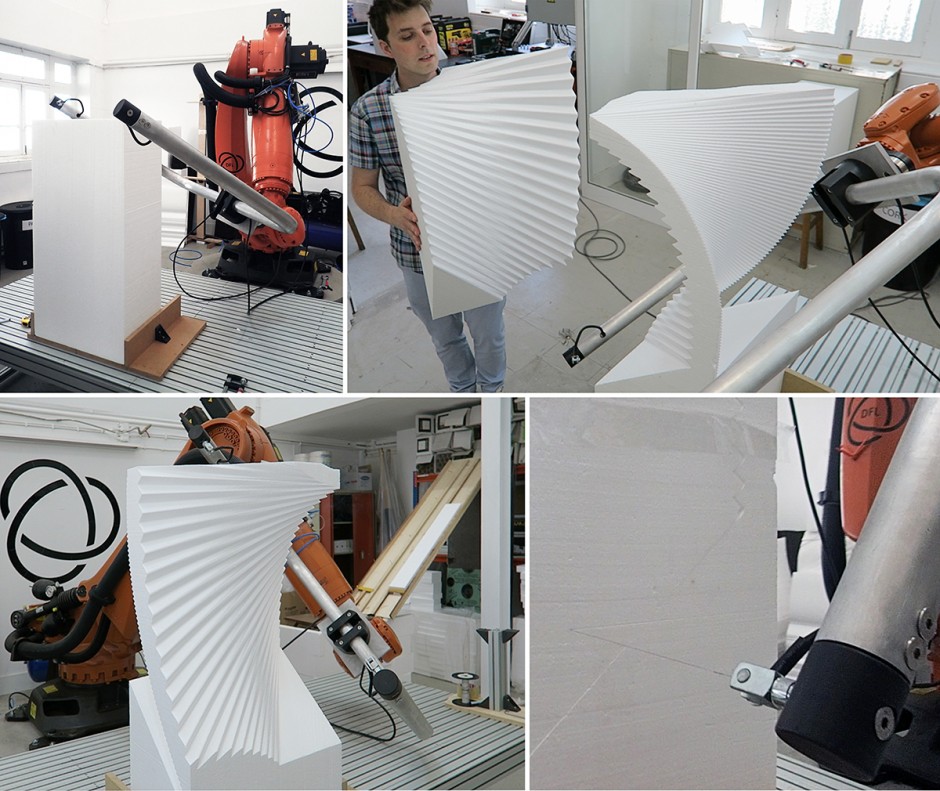 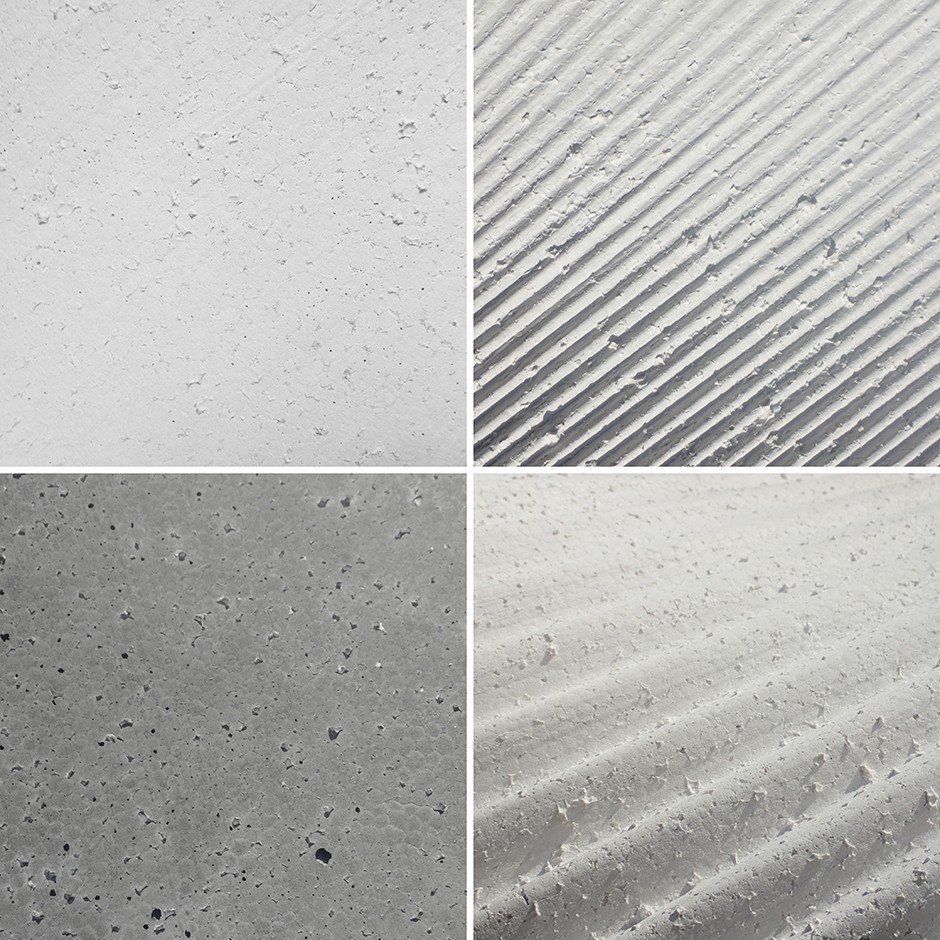