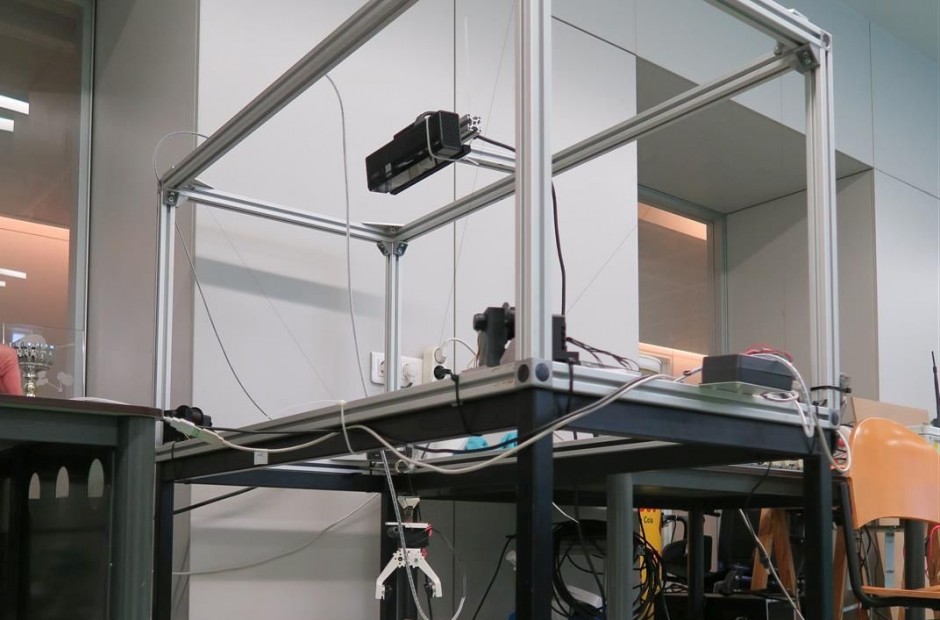 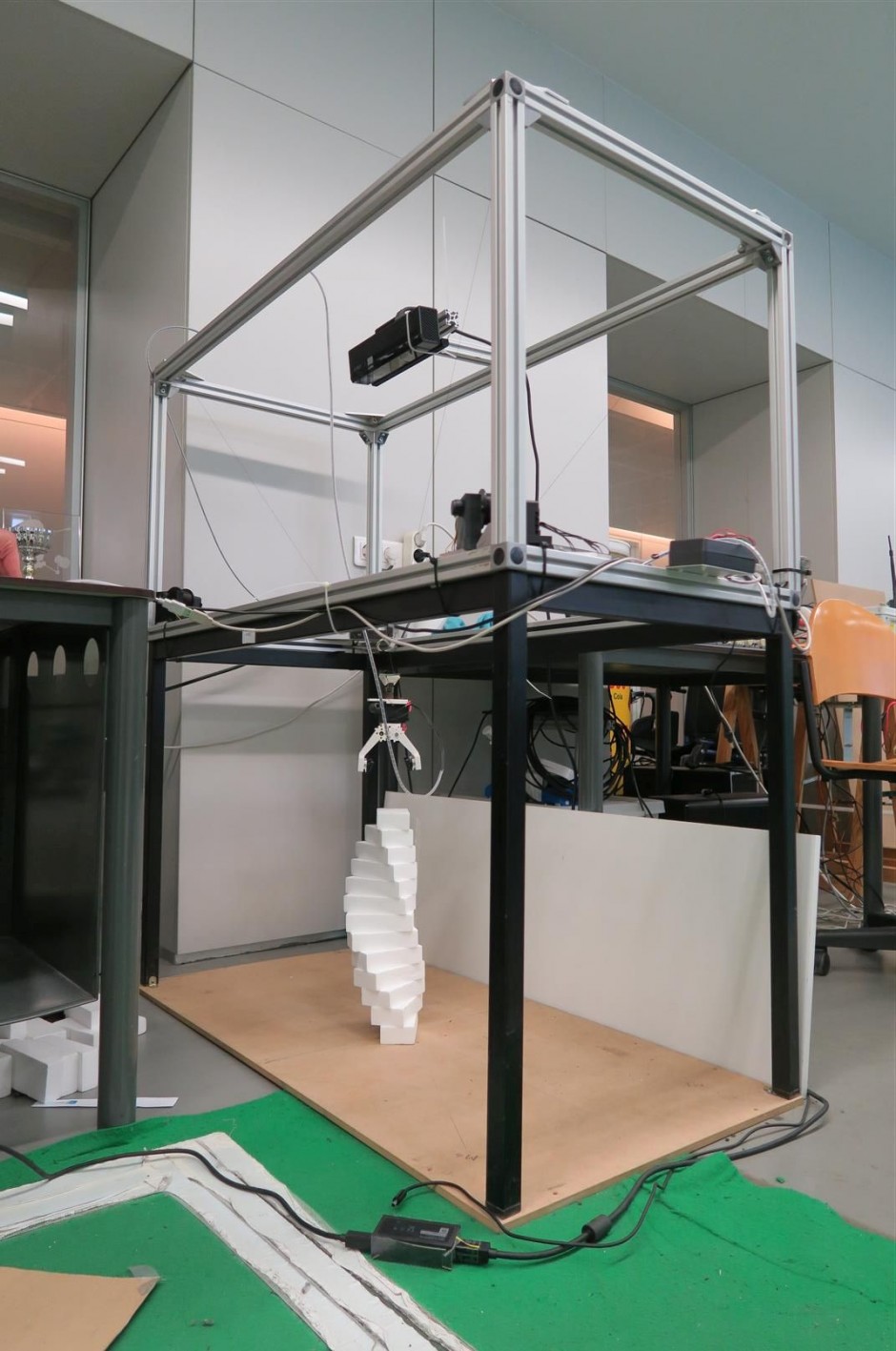 The SPIDERobot resulted from the research task oriented towards the investigation of an alternative robotic technology for on-site construction. The use of robots in such scenarios has been a research field since the 1980’s, which has comprised the exploration of large-scale robotic structures, mobile robotic units and, more recently, flying robotic vehicles. By analyzing these approaches and discussing their advantages and limitations, an alternative strategy to automate the building construction processes in on-site scenarios was devised.

The SPIDERobot is a cable-robot system developed at the INESC TEC to perform assembly operations, consisting in a moving platform linked to structural supports by 4 cables. A specific Feedback Dynamic Control System (FDCS) based on a vision system programs the movements of the cables that displace the platform, where different fabrication tools can be mounted. When compared to other robotic technologies, the main advantages of the cable-robot rely on its portability, low cost, reduced energy consumption and ability to build large structures on-site.

To prove the concept, it was developed a functional prototype with a gripper installed in the platform to perform assembly operations. Unlike the previous assembly experiments with the industrial robot, the SPIDERobot with its FDCS has the ability to visually detect and recognize the position of the blocks and adjust the orientation of the gripper to pick them correctly. A series of small-scale walls and columns were fabricated using the current version of the SPIDERobot. 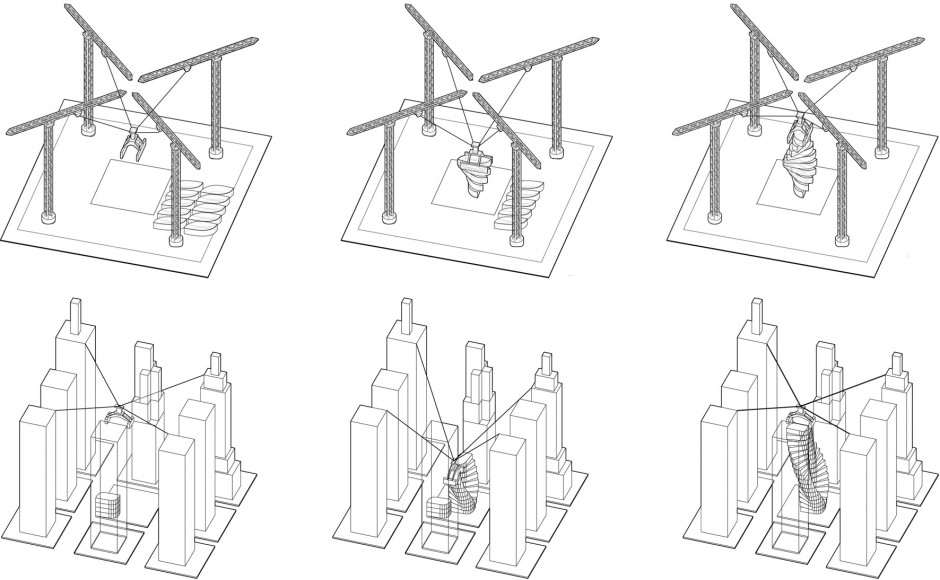 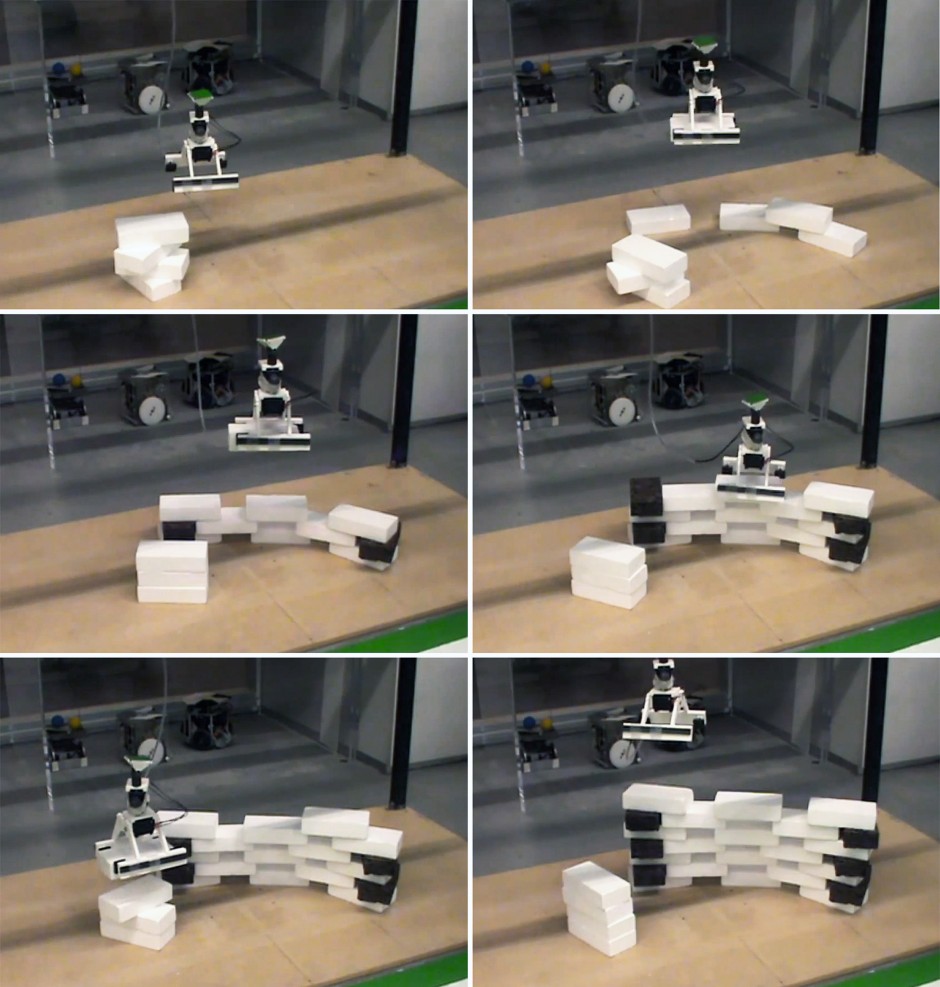